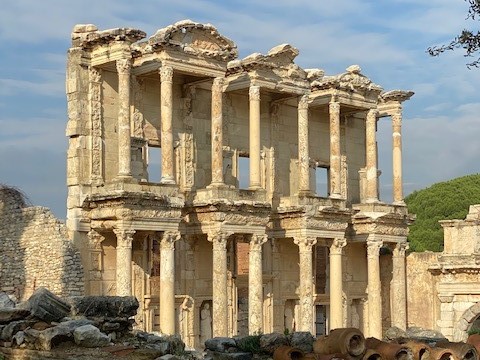 There is something about traveling the western coast of Turkey that will make you remember the trip for a lifetime.  Not only are the people warm and inviting, but the places will be etched in your memory like a John Constable landscape painting.  Many US travelers may have gone to Istanbul or Ephesus, but taking a car along the entire western coast for a week is the best way to see all the other ancient ruins Turkey has to offer.

Located near the modern city of Çanakkale in the Anatolia region of Turkey, this small city of ruins and archeological site was the setting of the Trojan War and subject of the Iliad (Homer).  Although Heinrich Schliemann was highly berated by the archeological community back in the 1870s for his poor excavation methods, this UNESCO World Heritage site is still worth the trip.  Excavations still continue with evidence of at least nine cities were built on top of each other in the location over time.  Remnants of lengths of bastion walls, ramps, and towers remain, as well as an Odeon (a musical building).  A replica of the Trojan horse stands tall at the site entrance to attract visitors into its’ mesmerizing structure. 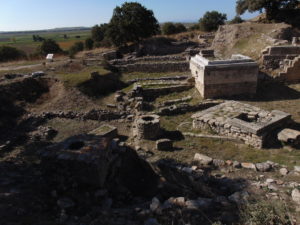 Northwest of the modern city of Bergama lies the ruins of ancient Pergamum, cited in the Book of Revelation.  Driving through Bergama, follow the signs for parking before you take a gondola tramway to the top of the Pergamum high mesa.  There you will see the ruins sitting like the acropolis in Athens.  Evidence of numerous buildings, altars, walls, gates, agoras, etc. remain, as well as a library that was nearly as large as the Library of Alexandria.  Reconstructed temples, the Royal palace, a massive theater terrace, the Roman bath complex, and sanctuaries are just a few of the remaining structures. 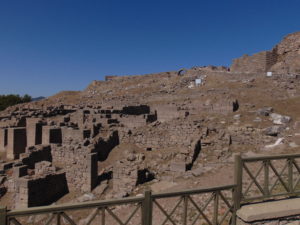 3.  Ephesus (close to the modern city of Selçuk)

Yes, you must go to Selçuk, but not just to see ancient Ephesus.  Some travelers fail to see the other historical structures near Ephesus, including one of the Seven Ancient Wonders of the World, the Temple of Artemis.   Although only fragments of the temple and its foundation remains, the view is stunning of the Basilica of Saint John (with the Tomb of St. John) and the Isabey Mosque sitting up on the Ayasuluk Hill.  And, of course, at Ephesus, the famously photographed Library of Celsus, terrace houses, agora, and massive theater are a necessary part of the excursion. 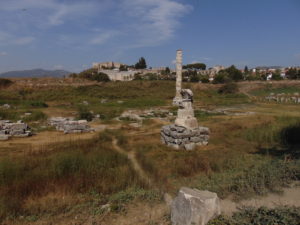 Once a huge city with four harbors directly on the Aegean coast, the ruins of Miletus now lies 5 miles inland due to the silting of the harbors.  The well-preserved amphitheater looms massively into the sky and once held up to 25,000 people for gladiator tournaments and other activities in Roman times.  You can traipse through the passage ways under the seating area and imagine the crowd’s loud roar above.  It’s said that during the summer, Miletus can get busy. But when we were there in September, we were the only visitors around.  Behind the theater is a Byzantine castle up on the hill.  Paths from the theater lead to the Baths of Faustina. 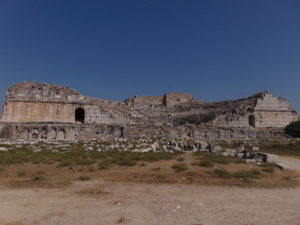 I loved the Temple of Apollo at Didyma so much that I used one of the pictures on my business cards.  Renowned for its oracle (like Delphi), priestesses would be seated over its sacred spring to give prophecies.  Much of the impressive temple ruins still remain.  The most notable ruin is a stone-carved Medusa head frieze off to one side, shaded from the elements of weather.  The stonemason craftsmanship can be seen in the carvings at the base of the enormous Ionic columns as you ascend the front temple stairs.   Many large carved capitals are set atop blocks inside the innermost temple sanctuary where they can be viewed more closely than if they were still perched on top the cella walls. 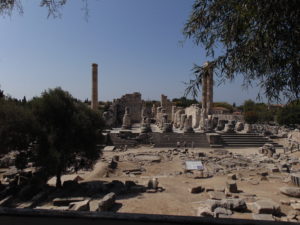 6.  Priene (located outside the modern village of Güllübahçe Turun)

Priene is one of the most complete Hellenistic sites in Turkey and a must see, although it is a bit of a hike to the top of the hill.  The ancient city was divided into four districts, one of which held the Temple of Athena.  Today, only five columns of the temple remain among the rest of the abandoned rubble.  A well-preserved theater still exists, as well as the Upper Gymnasium and Roman baths.

An important site to visit is the medieval Castle of St. Peter built in 1406 by the Knights of St. John.  The battlements and breathtaking views of the boats in Bodrum Harbor create memorable pictures.  Renovations were undertaken for a while, but the castle is open again for tours. 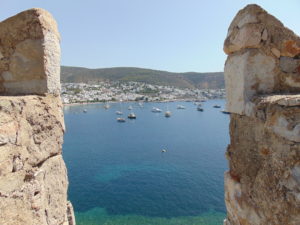 Not too far from the castle, is another Wonder of the Ancient World – The Mausoleum of Mausolus.  In the 4th century BCE, Mausolus and his wife ruled the city and the areas surrounding it.  He decided to erect an elaborate tomb for himself, which became the initial reason that we now refer to many stately above-ground resting places as ‘mausoleums.’  The last survivor of the ancient wonders, other than the pyramids, was reduced to its current state of rubble by earthquake.  Sections of the marble frieze and other sculptured fragments can be seen in the covered portico to the south of the mausoleum ruins. 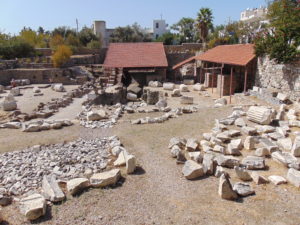