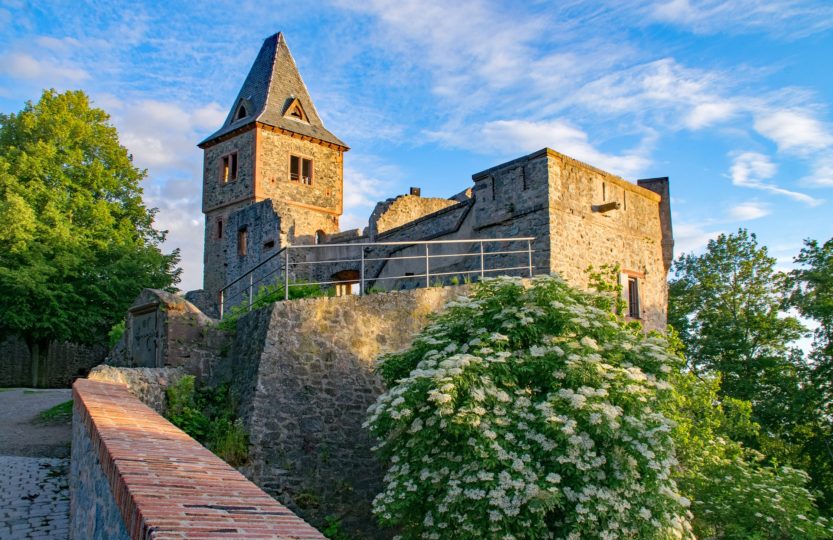 It is the month for monsters and as such, we should all be thankful for Frankenstein, one of the first novels that spawned an entire genre of horror fiction.

Although originally published anonymously, 2018 marks the bicentennial year of Mary Shelley’s Frankenstein; or the Modern Prometheus.  It was thought by some that the novel had been inspired by Mary Shelley’s travels through the region where the Frankenstein Castle exists on a hilltop overlooking the city of Darmstadt in Germany and the story of the supposedly mad alchemist Johann Conrad Dippel who had been born there in 1673, rumored to have performed gruesome experiments on cadavers.

Although the castle has fallen into disrepair and never developed into a main attraction, it is open to the public if you should wish to visit and be traveling between Frankfurt and Mannheim.

However, another way to commemorate this hugely popular book is to participate in a collection of events that are being hosted around the world, culminating in what is being referred to as a Frankenread (full-length live readings of the novel) on Halloween, October 31, 2018.  Check www.frankenreads.org for local events in your area.

The book is quite unlike the pop culture movies that portray the creature as a composite of cadaver parts stitched together and reanimated by electricity.  Instead, the creature is ambiguously brought to life by a newly discovered method to infuse vitality into nonliving matter using mysterious elemental principles of life.  The creature in Shelley’s book lacks an identity, having been given no name by Dr. Victor Frankenstein, although the creature has often been mistakenly called Frankenstein.

Due to its popularity around the world, Frankenstein was chosen to be one of the Classics Reimagined Series – collector’s editions of classic novels illustrated by contemporary artists.  The 200th anniversary Classics Reimagined version of Frankenstein was illustrated by the renowned artist David Plunkert, and is an embossed hardcover volume that includes 8 pages of Dr. Frankenstein’s designs on velum and a margin-less, tri-fold depiction of the monster.  The illustrations really make the edition special as a collector’s item. 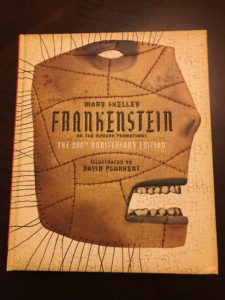 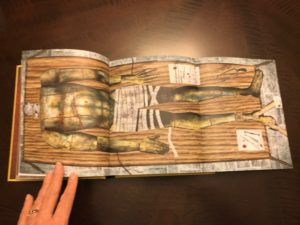