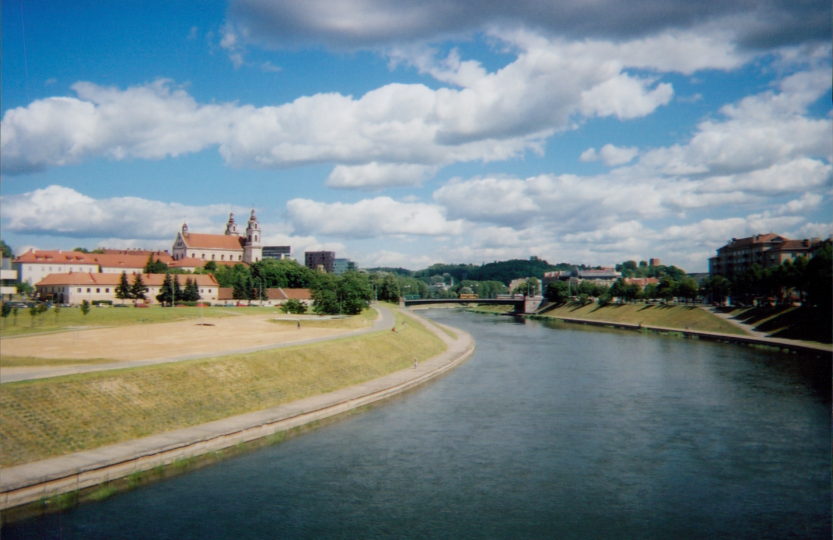 I only had a weekend in Prague, Czech Republic but had so much that I wanted to see! My daughter was on an Eastern European trip with a group called People-to-People. And I wanted to meet her in a few of the countries to check on her since she was still young.  My mother decided to join me since we were also going to her country of origin, Lithuania.  First, let me share where we stayed and also some insight into Prague’s city cards.

Where to Stay During Your Weekend in Prague

I investigated hotels online to find the most centrally located hotel since we were limited on time. Also, I wanted a hotel that would allow us to easily walk to the places on our list.  And the place I chose did not disappoint!  In fact, it was so perfect for us since it was located only a block behind the Old Town Hall.  To read more about it, check out my review of the Hotel Rott.

How to Get Around on Your Weekend in Prague

We enjoy walking, so we did not get the transportation card offered through Viator.  However, if you want to see a lot more of the city and go farther than just walking, check into getting the Prague MultiCard (Viator).  Not only does the card give you free public transport, it gives you discounts at restaurants, shops, tours, etc.   And the Prague Welcome Card (Viator) will get you into the city’s top museums and attractions.  So, with only a weekend in Prague, now you have a great place to stay. Here are some highlights of places you should try to see.

The Old Town Hall was established in 1338 as the seat of the town’s administration and is a partial-Gothic structure consisting of 5 buildings.  In 1410, an astronomical clock was installed and is one of the most unique clocks in the world and oldest clock still in operation.  The clock has more than just the 24 hours of the day represented, but also displays the position of the Sun and Moon in the sky, and another movable ring denoting the zodiacal signs. Various aspects were added to the clock’s functions over the years.  These included things like, the addition of statutes of various saints, promenading of the Apostles, the skeleton figure of Death, golden figure of a crowing rooster, etc.

It is amazing to watch and decipher all its functions while standing in the Old Town Square.  But booking a guided tour of the Old Town Hall will also get you into its staterooms, the chapel of the Virgin Mary, the ceremonial halls, a viewing gallery of the 230 ft tall tower and inner mechanism of the clock (with views of Prague), and the medieval cellars.  I suggest a visit to the Gothic Týn Church in the Old Town Square while you are in the vicinity.  The church was built in 1365 and its magnificent steeples dominate the square.

Originally called the Stone Bridge, the bridge was later named the Charles Bridge after King Charles IV who requisitioned its construction in 1357.  The bridge crosses over the Vltava River and took forty-five years to complete.  And it was the only direct crossing linkage between the Old Town and Prague Castle for almost 500 years (until 1841).  Replicas of the original thirty baroque-style statues adorn the balustrade, mostly depicting various saints and other notable figures.  The original statues now reside in the National Museum for conservation purposes.

The Old Town Bridge Tower and the Malá Strana Tower protected entry onto the bridge throughout history.  If you are walking across the bridge from Old Town heading to Prague Castle, turn left just after the bridge and head over to see John Lennon inspired graffiti covered wall.  The wall finished reconstruction in November 2019 (30th anniversary of the Velvet Revolution) after “vandalism” left most of the wall painted over in pure white by a group of art students in 2014.

Various buildings have stood over the years where Prague Castle is today, beginning in 870 with the Church of Virgin Mary.  It was amazing to see what is considered the largest ancient castle in the world. The castle covers nearly 750,00 sq ft.  I thought the castle was so beautiful in its mixture of Gothic and Romanesque architectural styles, though some authors have not included it in their lists of beautiful castles.  Parts of the castle were destroyed by many battles. But at least it was always reconstructed and improved upon.  The castle has been the site of Czechoslovakian presidents since 1918 and the government seat since Czechoslovakia split into the Czech Republic and Slovakia in 1993.  We enjoyed the museums within the castle, which included the National Gallery dedicated to Czech history.

We walked easily from our hotel to the Jewish Quarter, located between the Old Town and Vltava River.  I had read about all about the “Jewish Ghetto” and the conditions that Jewish people had lived in. It was horrible that they were banned from living anywhere else in Prague starting about the 13th century.  There are six synagogues, a Jewish Ceremonial Hall, and the Old Jewish Cemetery.  I loved looking at all the worn old tombstones, nestled almost on top of each other in the remarkably preserved cemetery grounds.  The Old-New Synagogue requires a separate ticket, but otherwise you can see the rest of the quarter as one museum ticket (Jewish Museum of Prague).

No visit to Prague would be complete without seeing the city from the Vltava River.  Just below the Čechův Bridge, I connected with a small river tour company that offered a dinner cruise.  The cruise was fabulous, taking me past Prague Castle, the Czech Philharmonic – Rudolfinum, Petřín Hill (and Tower), and the historic fort/castle of Vyšehrad.  The Czech and international cuisine was perfect for such a relaxing evening.

Heading southeast from the Old Town Hall, we ended up at Wenceslas Square.  The square was a horse market in the middle of the 15th century.  It is a very long boulevard more than a square and ends at the Czech National Museum.  There are a lot of shops and hotels along the square.  We were able to see the new statue of St. Wenceslas on horseback, which stands at the end of the square.   The National Museum is just over 200 years old. Luckily, the museum reopened recently after being shutdown for lengthy reconstruction from July 2011 to October 2018.  But at least now you can again see the nearly 14 million pieces of natural scientific and historical items.